After obtaining his director’s diploma at the Cinecours film school in 2008, Joël Karekezi shot his first short film The Pardon in 2009. Winner of the Golden Impala prize at the Amakula film festival in Uganda, crowned best A short film at the African Silicon Valley Short Film Festival in 2010, The Pardon is screened at various film festivals around the world. His first feature Imbabazi (Le Pardon) received a development grant from the Göteborg International Film Festival. In 2012, his script The Mercy of the Jungle won the CFI award for the most promising project at the Durban Film Market; the film was released in 2018 and has won several awards. It was screened at the Luxor Meetings of the Use of the World 21.

Suhaib Gasmelbari is a Sudanese director fond of themes regarding cinematographic adventure, the memory of Sudan and the exile experience. He unveils in each of his works, through the fractures and the troubled history of the Sudanese, what is left of the wounds of the past in his country. Private wounds which he needs to cure so he can be reborn as a new man. To Suhaib Gasmelbari, there is still hope thanks to the vivifying strength of art and the spontaneity of the oral cinema and its inventiveness.

He finished a documentary feature film destined to the cinema, Talking about trees, produced by the French society AGAT Films & Cie, that needed two years of clandestine shooting. The rushes were taken out of Soudan with the support of the French embassy in Karthoum. We host him in Paris during the shoot and postproduction.

“Banc d’attente” history is about 4 filmmakers, Ibrahim, Soliman, Manar et Altayeb, all members of “Sudanese Film Group”. It’s the tale of their 42 years of attempts of making cinema and their endless hope that ties them forever.

The movie should be selected at the Berlinale 2019 and won two awards : The Best Documentary film and the Audience Award. UDM21 presented the premiere at the Louxor, before it goes to the cinema release : in France it was the 18th of december 2019.

He came back in residency thanks to the French Foreign Ministry and the French Institute, through the programme Freedom for Cineasts.

The twin brother Mohamed and Ahmed Abou Nasser were born in Gaza, Palestine, in 1988. After leaving home at 13 years old, they studied fine arts at the university of Al-Aqsa where they became fond of painting and cinema.

In 2014, they directed they first movie, DÉGRADÉ, a behind closed doors in a hairdresser for women in Gaza.  The movie was presented worldwide during the International critics week at the Cannes Festival in 2015. It was publicly released in France on April 2016 under the distribution of Le Pacte.

They obtained the refugee status at the OFPRA in June 2017 with the support of the UDM21 and are living in residence since July 2017 in order to develop their second movie produced by Les Films du Tambour.

APOLLO
Gaza, nowadays. While having sexual fantasies, Issa, a fisherman in his sixties, is secretly in love of Siham, a divorced woman that works in the market. One day, Issa finds in his fishing net a statue of Apollon with an evident erected penis. The troubles began…

The script was written during the residency and the project is being financed. It got the help from Cinemas du Monde in July 2018. Hiam Abbas will play the main character. The shoot in July 2019 in Lebanon is in risk of being postponed.

The distribution in France should be assured by Haut et Court and the international sales by Celluloïd Dreams (under negotiation).

A premiere will be held at the Cinema des Cineastes with all the partners as well in the Luxor within the meeting organized by L’Usage du Monde.

The 20th of June 2018, to mark the world refugee day, we presented Condom Lead, in an evening dedicated to filmmakers in asylum.

Iranian director, hosted in residence for the editing and postproduction of a documentary feature film, Castle, the eyes of the desert, produced by Marie Balducchi, Agat Films et Cie.
Récollets workshop of the Department of Cultural Affairs of the City of Paris.

Born in 1985, Keywan Karimi, is an Iranian director of Kurdish origin. His short films, Broken Border and The adventures of a married couple, received awards in several international festivals. His documentary, Writing on the city, sentenced him, in October 2015, to 6 years of prison -reduced to 1 year after appealing- and to 223 whiplash due to offense to the holy. Before his incarceration he clandestinely filmed his first fiction feature film, Drum, presented at the International critics week of the Venice Festival of 2016.  Incarcerated the 23rd of November 2016, he benefited from a collective grace in the end of April. However, he is still under a suspended prison sentence and must be careful to what he does, says and films but is today a free man and UDM welcomed him in January 2018 for 6 months in under the program of artist in residences of the French Institute.

He didn’t ask for asylum in France since he wants to keep doing his films in Iran, but asked for an extension of his stay to work in two projects, a fiction and a documentary. UDM21 got him a fund from APF (Artists Protection Fund) and a “competencies and talent” stay permit.

In the suburbs of Teheran, between two railroads where the thunder from the trains resounds each night, a 60 years old man and his wife try to surmount the suicide of their single child of 23 years old that left behind nothing more than a wandering cat.

Keywan Karimi wrote the first script with the Franco Iranian writer Mansour Teifuri. We are helping him do find a French producer.

Keywan mother was diagnosed with cancer while he was waiting for is sentence and together they decided to shoot their daily life; the treatments, his wait for implementation of the penal order, the time at the hospital and the time in court. Also, their solitude since they both were rejected by their entourage. The idea is to bond both diseases, the physical and the social one. In fact, it is still believed in Iran than the cancer is a contagious disease while at the same time, most people are afraid of interact with a political prisoner.

From hundreds of hours of rush filmed by Keywan and his mother, Pierre François Decouflé, Heliox Films, started production to make a first montage and to find funds to film the exterior shoots.

We use the residence to show his work alongside him:

WRITING ON THE CITY the 14th of may at Cite internationale des Arts, evening with the partners.

Two commercial sessions, the 26th of march at the Chaplin and the 31st of May at the Reflet Medicis.

DRUM the 19th of February at the Cinéma des Cinéastes, welcome evening of the ARP followed by two commercial sessions at the Saint André des Arts the 28th of February and the 6th of March. 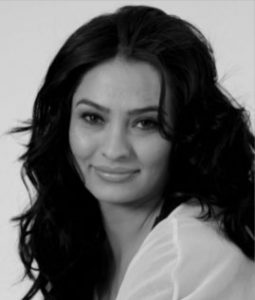 Afghan actress, she was born on March 10, 1992 in Kabul. She became world famous thanks to the title role of Osama (Siddiq Barmak, 2003) where she plays a teenage girl who, under the Taliban’s iron will, pretends to be a boy to provide for her family. The film won the Golden Globe for Best Foreign Film, and since then Marina has filmed in Afghanistan, before being forced to flee her country in late 2015. Her full CV 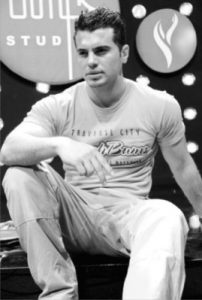 He was born on March 30, 1988 in Kabul. After a childhood in exile in Pakistan, where his family had fled the Taliban, he chained up small jobs before becoming an actor in popular series. Spotted by Awaz Productions, an innovative Afghan production company, he worked there from 2009 to 2015 as an actor, screenwriter and director before being forced to flee his country in 2015. His full CV

Both have been political refugees in France since June 2016. The couple had a little daughter Sofia, born on January 6, 2017 during the residency.

The two actors were invited to the Cannes Film Festival and the Lumière Festival in Lyon.

Marina filmed in Calais in a fiction by Swiss director Katia Scarton Kim, Bacha Posh, produced by In Red with the support of Pictanovo and Adami.

The film pre-purchased by ARTE is currently in post-production. The making-of was presented to Luxor on the occasion of World Refugee Day on June 20, 2017.

Noor, after training in graphic design, obtained a work contract with Londonistan.