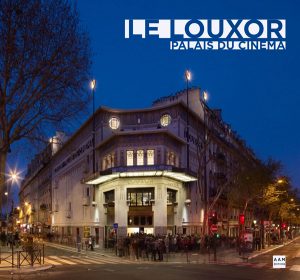 The regular screenings of l’Usage du Monde take place at the Louxor, a mythic art-deco cinema in the 10th arrondissement of Paris. They are organized in cooperation with the UNHCR, ARTE, and France Media Monde.

It showcases documentaries or feature films, often in exclusive premiere, from the home countries of asylum seekers : Eastern Europe, the Middle East, Africa and South Asia.

Ethnic or religious minorities, political dissidents, women’s rights, vulnerable groups, or exile diaries: the themes approached in these sessions aim to draw an accurate picture of the refugee in the globalized world.

Films are selected both for their artistic qualities and the director’s effort to portray his or her country as it really is, through individual histories that reveal the daily lives in these countries.